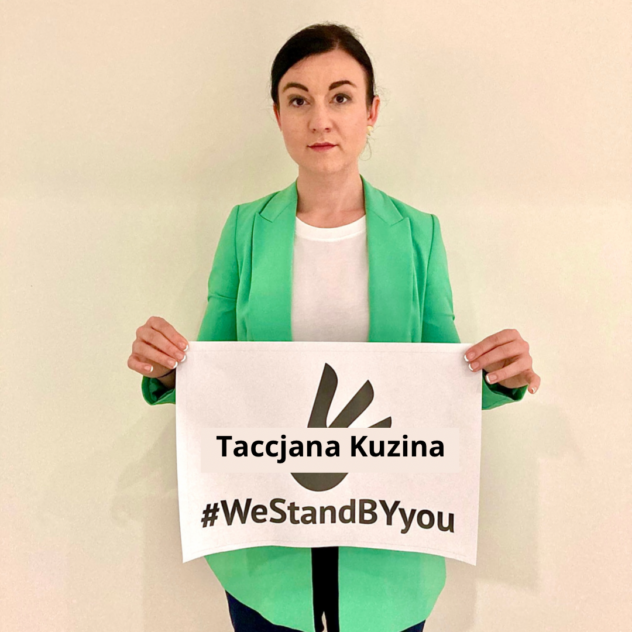 On the occasion of taking on her godparenthood, Paula Piechotta stated: «Tatiana Kouzina, founder of the School of Young Managers in Public Administration, who was arrested on 28 June 2021 at the airport on her way to Tbilisi, has now been in detention for over a year. I have taken on a political godparenthood for her. The people in Belarus, like those in Ukraine, want freedom and peace. Many people in East Germany also demonstrated for this in the streets in 1989. We support them in this and demand the release of all political prisoners and new democratic elections.»

Our team and personally Tatiana Kouzina thank Paula for this important gesture of solidarity and support for political prisoners in Belarus!

Libereco – Partnership for Human Rights is an independent German-Swiss non-governmental organisation dedicated to the protection of human rights in Belarus and Ukraine.