Tatiana Kouzina is recognized as a political prisoner. Belarusian human rights defenders and alumni of SYMPA made statements against the unjustified imprisonment of the expert On the 28th of June Tatiana Kouzina, an analyst and expert in the field of public administration in SYMPA/BIPART, a prominent representative of expert community in Belarus, was detained and placed in custody. Later it became known that Tatiana was accused under grave articles of the Criminal Code, which had nothing to do with her professional and teaching activities. Recently, human rights activists recognized Kouzina as a political prisoner and made an open statement for her release. SYMPA alumni also regretted and were bewildered by the arrest and subsequent detention of the co-founder and member of the Board of the School of Young Managers of Public Administration, signing a collective Letter of Solidarity. 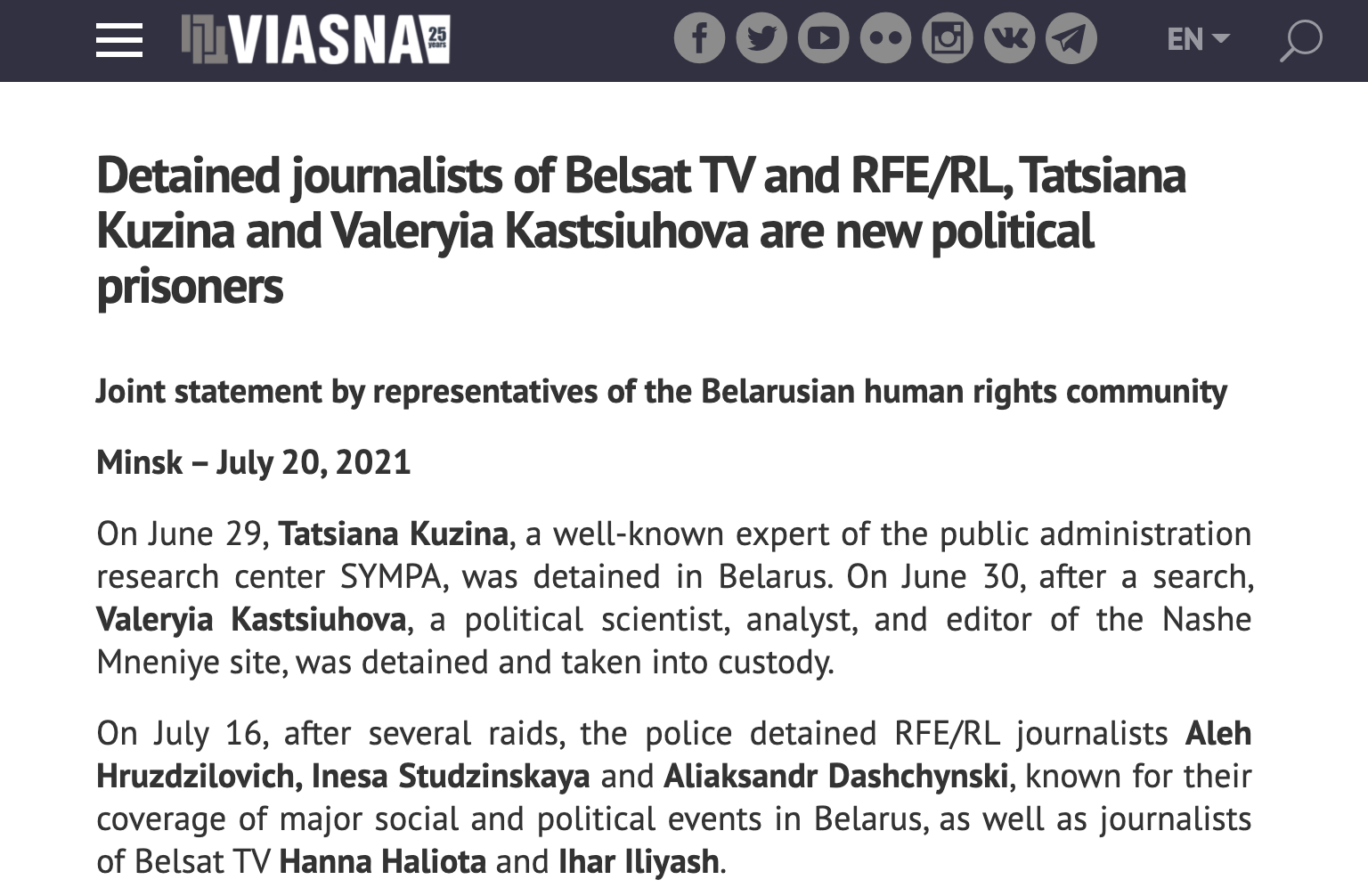 «<...> Thus, we believe that the imprisonment of Tatsiana Kouzina, Valeryia Kastsiuhova, Aleh Hruzdzilovich, Inesa Studzinskaya, Aliaksandr Dashchynski, Ihar Iliyash, and Hanna Haliota is solely linked to their beliefs, as well as in connection with the non-violent exercise of freedom of expression and information, as guaranteed by the International Covenant on Civil and Political Rights and the European Convention for the Protection of Human Rights and Fundamental Freedoms. The above detainees are therefore political prisoners in accordance with paragraph 3.1 (a) of the Guidelines on the Definition of Political Prisoners. We call on the Belarusian authorities to:

- mmediately release all political prisoners and end political repression in the country. 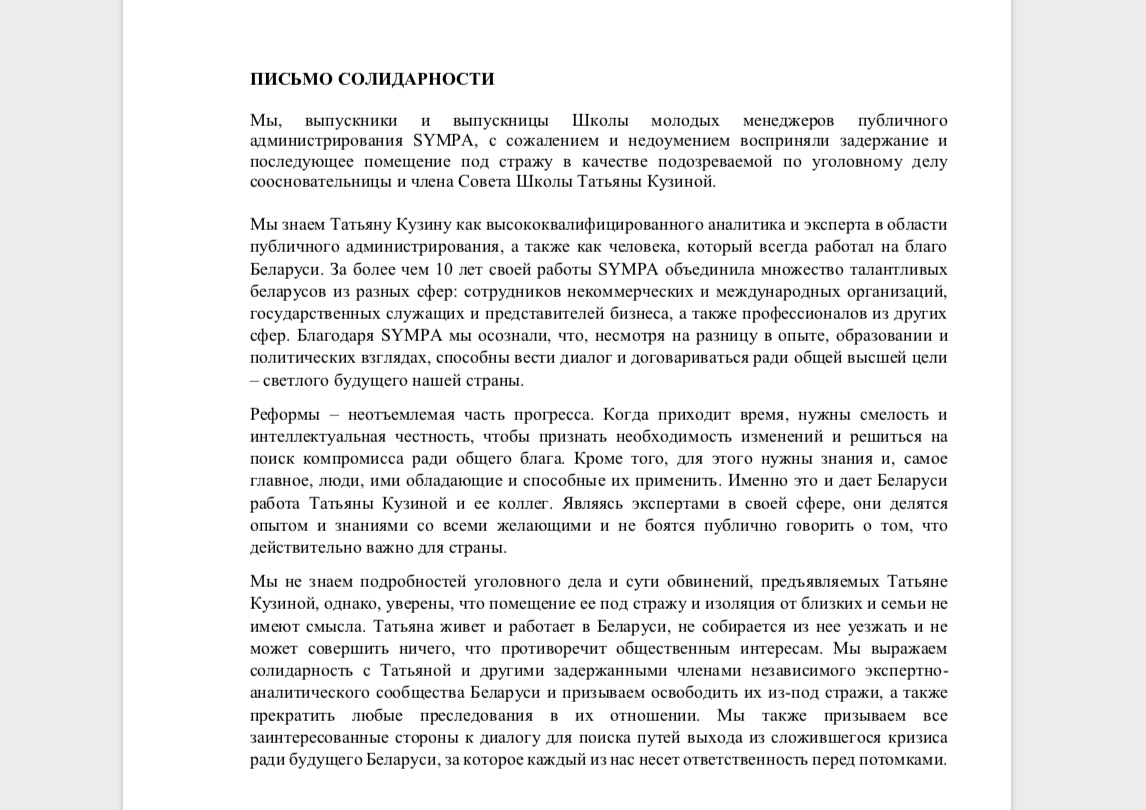 «We do not know the details of the criminal case and the essence of the charges brought against Tatiana Kouzina, however, we are sure that her placement in custody and isolation from her relatives and family do not make sense. Tatiana lives and works in Belarus, is not going to leave the country and cannot do anything that is contrary to public interests. We express solidarity with Tatiana and other detained members of the independent expert-analytical community of Belarus and call for their release from custody, as well as for an end to any persecution against them. We also call on all interested parties to dialogue in order to find ways out of the current crisis for the sake of the future of Belarus, for which each of us is responsible to our descendants. <...>

Letter of solidarity of SYMPA alumni (in Russian)